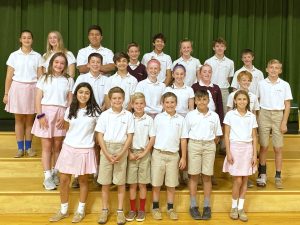 We are happy to present our Student Council, Class Representatives, and Student Ambassadors.  Thank you to everyone for attending the Student Council induction and for participating in the election process at St. Helena School.  We wish them the best for the upcoming school year!